This morning I woke up at 5, even though I didn’t have to get up until 6. Guess my body was ready to “shake and bake”. I woke up early enough to enjoy a pre-race snack two slices of whole wheat toast cut in half with some Z Pb and honey, and my cup of coffee of course. We got down to the University about an hour till race time, so we had plenty of time to check in and set up. There were only about 350 people racing and about 100 of them were doing the 5k. I like local races small and quaint, but no expo:( 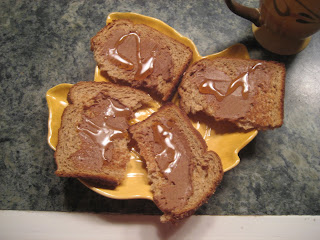 I was getting those pre-race butterflies, which is when I think I have to go to bathroom but I really don’t. I wasn’t as nervous when I finally got up to the starting line. I tried to get up to the front as much as possible seeing that I wasn’t wearing a time chip. The race started at 8am sharp and I took off running. The start of the race is always interesting I am always more worried about being tripped then anything else. When I finally broke free from the pack I was running a good 7 minute tempo, trying to stay at a steady pace. The run was nice not too many hills, mostly flat. My biggest problem was NO MUSIC. I swear by my Ipod! I hate hearing myself breath and my feet hit the ground. I know that hearing your body is better for you, because it helps you keep better rhythm, but I disagree. I think that my music pumps me up and gets me going fast. Well I did fine without it and ran a 19:10 5k. 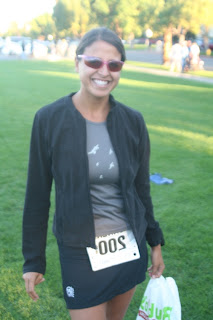 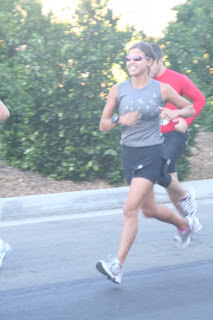 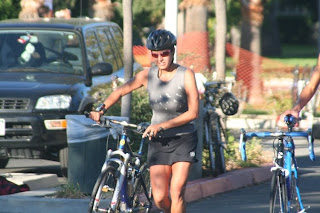 When I hit the transition point I threw on my helmet and took off on my bike. This is always the hard part for me. Not that cycling in itself is difficult for me, it’s just the speed part. I took off and felt great. Legs were pumping but I was trying to pace myself because I new I had 11 miles and a swim to go. As I was going up this hill a couple cyclist started to pass me, and I got mad! I knew I had killed those guys on the run, they should still be back there. Well this happened more then once, no girls passed me just a bunch of MEN. I started feeling very harsh toward men cyclists, because I knew I was in just as good of shape as they were yet they were taking ME! I even at one point was following in another guys petal steps and he was soaring passed me in his 3,000 dollar bike! This is where I had to take deep breaths in and remind myself that this was MY race, they have been doing this longer. So I speed up passed a couple of guys myself, and came into the last transition area. 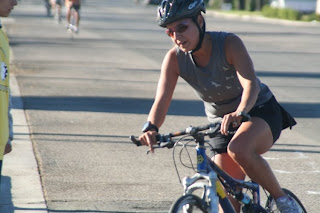 I threw off my shirt, cycling skirt, shoes, and Garmin and booked it into the pool. My legs felt like jello but I used my arms to run and sprinted hard. I jumped into the heated pool(even though I was burning hot) and quickly realized I should have taken my socks off! I pushed hard even though my body felt so heavy. I played water polo in high school, but I always hated swimming. I did ok in the swim seeing as it was not too long. Made it to the finish shoot, and grabbed HUBBY! I was done, and mad. I know that I didn’t do too bad, I was just beating up myself for not being able to beet some of those cyclists. I am a runner, but I know I can get better at cycling I just need to get out there and practice. Seeing that, that was only my second time riding sense my last Tri, I knew I was doing pretty good.

I love my face expressions rrrrr!!!! 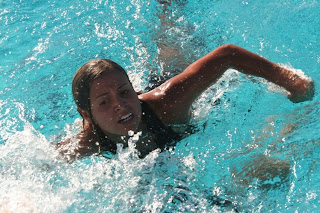 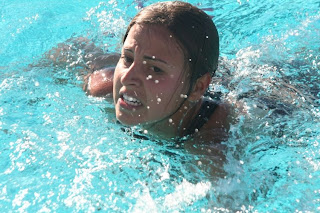 We waited around for about two hours for the results, I was famished. I was not smart, I forgot to bring something to munch on for after the race, and my Heed got lost on the bike ride. We finally got the results and I got second in my age division, with a time of 1:05. I wasn’t too proud of that time because my last sprint Tri my time was 1:03. I am glad I did get out there but I want to be FASTER. I need to start cycling more, and I am getting a better road bike for sure!!!!! I am just glad I made it out, and finished. 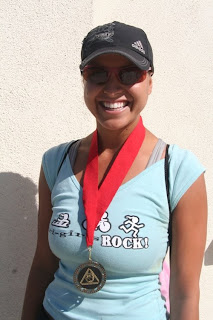 I just got done taking a 2.5hour nap(which I have never done), so I must have been exhausted when I woke up I was starved so I had a bowl of banana,pb, and Natures Path Pb granola ( very yummy stuff). I had a glass of milk with it, and because I haven’t drinking cows milk in a long time, the tummy is hurting:( 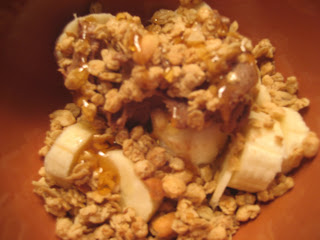 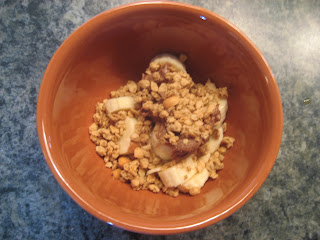 I am going to go rest for the evening, I am glad I have no plans for tonight again, so I can recuperate! I was going to go to a kettle bell class but I think I need to listen to my body. Thanks fo all of the encouragement!!!!!

Hope you all had a fabulous weekend:)