Wow, it’s so nice to have a Saturday evening to relax. I had kickboxing this morning burned something like 700 calories, then played coed softball (don’t think I burned too many there). I had to kill time in between both activities so I got my morning snack/lunch at Jamba Juice. I got an all natural Pomegranate smoothie with some weigh protein and energy. They also had Z bars there so I got one too because I have been wanting to try them ever since I heard of Caitlinâ€™s addiction..lol Good thing I did grab one because the smoothie did not hold me over. I tried the Z Bar and loved it!!! Will have to try more flavors:) 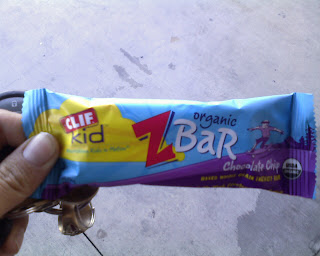 When I got home from the softball game I was starved! So I had some Greek yogurt mixed with honey, pumpkin, and granola. It was yummy, still getting used to Greek yogurt it reminds me of sour cream. After my snack I was still starving so I had a few peanuts and a handful of Pirate Booty. I was super hungry today, I donâ€™t think I was consuming enough calories. 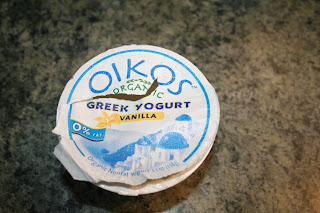 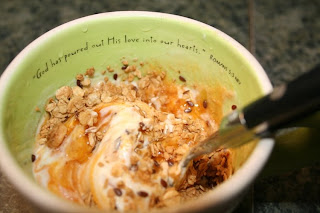 After the snack I had to get out of the house before I ate everything in site! I ran to Fresh and Easy and picked up a few goodies for dinner tonight, then came home and put on my cleaning gloves. I just can’t start cooking until the kitchen is clean, it’s the OCD in me I guess.

I dusted off the crock pot and decided to make a warm and comforting supper since I was actually going to be home tonight to cook with NO plans. It’s been a while since Hubby and I have had a Saturday night alone, too long! For dinner I just did what I do best throw everything in the pot! Chicken, potatoes, chicken broth, cream of chicken soup, onions, carrots, and some green beans. I can’t throw in too much though remember Hubby is a picky eater. We will enjoy it on top of some fresh baked sourdough bread (started it late so were having a late dinner). I would love to have a glass of Cab with it, but I have the Tri in the morning so no wine for me. 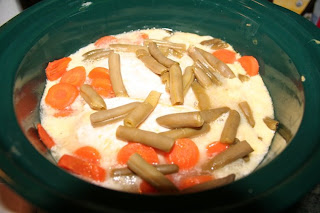 I haven’t thought about the Tri too much until today. I think I will do fine, it’s just so weird to have not run all week and then I am going to race tomorrow! Of course I still exercised just didnâ€™t run. I will set out my cloths tonight as tradition of course, but it’s a whole different set of cloths. I haven’t gone out and really got anything to actually do a Tri in yet. I am just going to wear my bike skirt, a tank top and my running shoes. No Ipod, sad day I think I will survive the three miles with out music, but it will be hard. I am barrowing my Moms super light mountain bike that I put road tires on (still saving up for my own). I will just throw off my shirt and swim in my sports bra and my shorts that Iâ€™ll wear under my biking skirt. I know two pairs of shorts, its better then a sore ars!

I don’t have to wake up too early tomorrow the race starts at 8am way later then any other race I have done in the past. I might even have time to eat breakfast; probably won’t just a small snack.

Well I am going to enjoy my restful evening with hubby watching some baseball of course:) Have a great end of the weekend, will post tomorrow night about the race!